South Africa is widely known as the Rainbow Nation, a name given by Archbishop Desmond Tutu, once a Nobel Peace prize winner. Over the centuries different groups of people have entered South Africa to inhabit the area, making the country become “one nation” with a great diversity of people, cultures and languages. This wide diversity makes that there are many interesting facts about South Africa that most people don’t know. 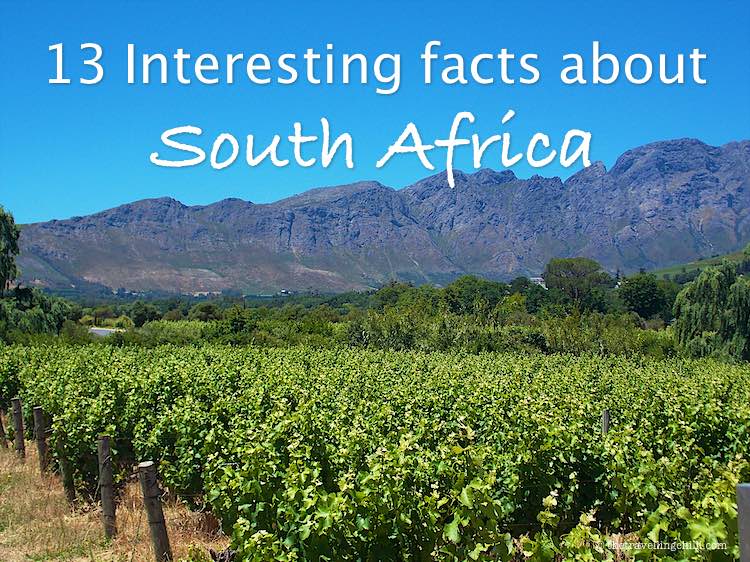 South Africa is also home to a variety of breathtaking landscapes and beautiful nature, ranging from dramatic mountains, sandy beaches, wide plains, rocky cliffs to the most colourful flowers. In all, there is so much to see and do, so many people and tribes to meet, different food dishes to eat, activities to experience and animals to observe, it can take a while to get to know the true and real identity of the country. The nice weather as well as the geographical features are some of the main reasons why people visit South Africa.

South Africa (or the Republic of South Africa) was already a favourite tourist destination, but after the country successfully organised the 2010 FIFA World Cup Soccer, it was put high on a lot of people’s “spots to visit” list. Before visiting a country, it is always nice to get know some random facts apart from the usual tourist information. These facts can enhance your visit, or they might just be good to know, or just add up to someone’s general knowledge.

What is South Africa famous for?

The highest commercial bridge bungee jump in the world can be done in South Africa. In the heart of the Garden Route, the bridge is situated 216 metres above the Bloukrans river. This bridge forms part of the N2 highway connecting Cape Town with Durban. Therefore the bridge receives quite some heavy traffic, which is noticeable when standing under the bridge ready to jump. 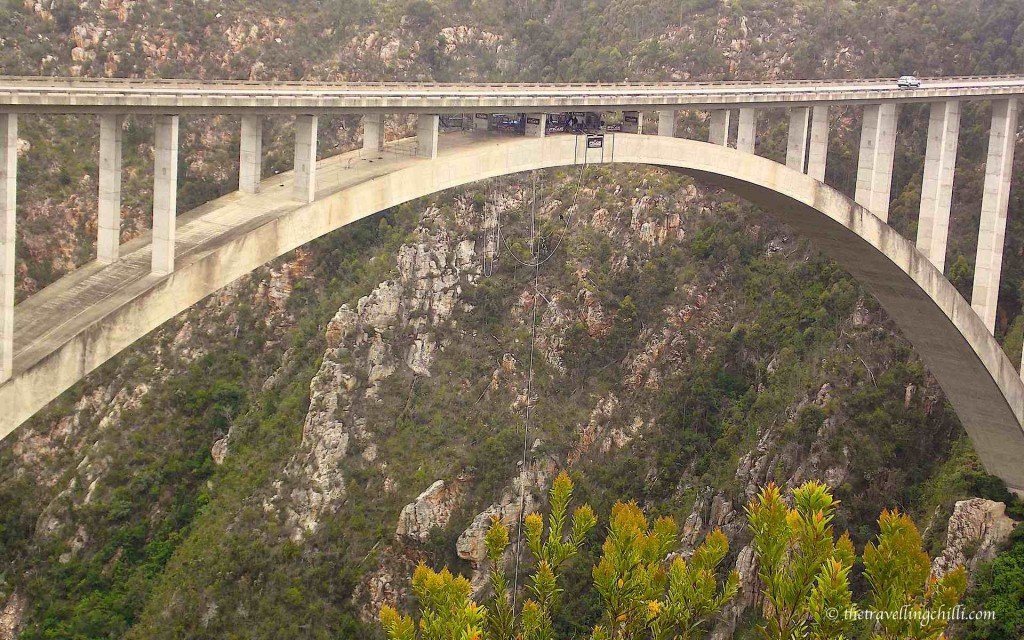 Highest bridge bungee jump in the world over the Bloukrans river

The first ever heart transplant was carried out in South Africa, at the Groote Schuur hospital in Cape Town. The surgeon Christiaan Barnard performed the operation in 1967. The operation was considered to be successful, even though the patient died 18 days later, from double pneumonia, but his body had not rejected the heart. Cape Town has a very interesting history with lots of interesting facts you might not know yet.

Meandering through various wine-growing areas, Route 62 is the longest wine route in the world. It is a beautiful and scenic route, passing through areas such as the Klein Karoo, Robertson, Wellington, Calitzberg, Worcester and Oudtshoorn where it is possible to ride an ostrich. The route stretches over a distance of about 850 km between Cape Town and Port Elizabeth as an alternative and highly recommendable route instead of the N2 highway. 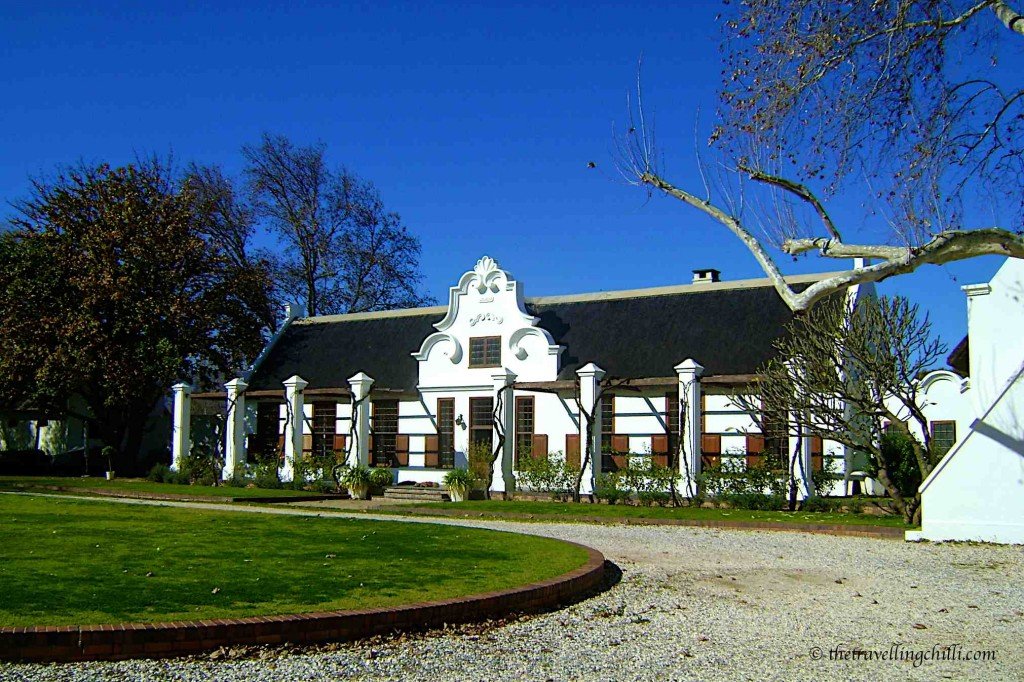 South Africa is home to the second highest waterfall in the world, the Tugela Falls. The total drop is 948 metres (3110 ft.) in five consecutive leaps, of which the longest uninterrupted leap is 411 metres (1350 ft.). The Tugela falls are part of the Royal Natal National Park in the Drakensberg mountains. 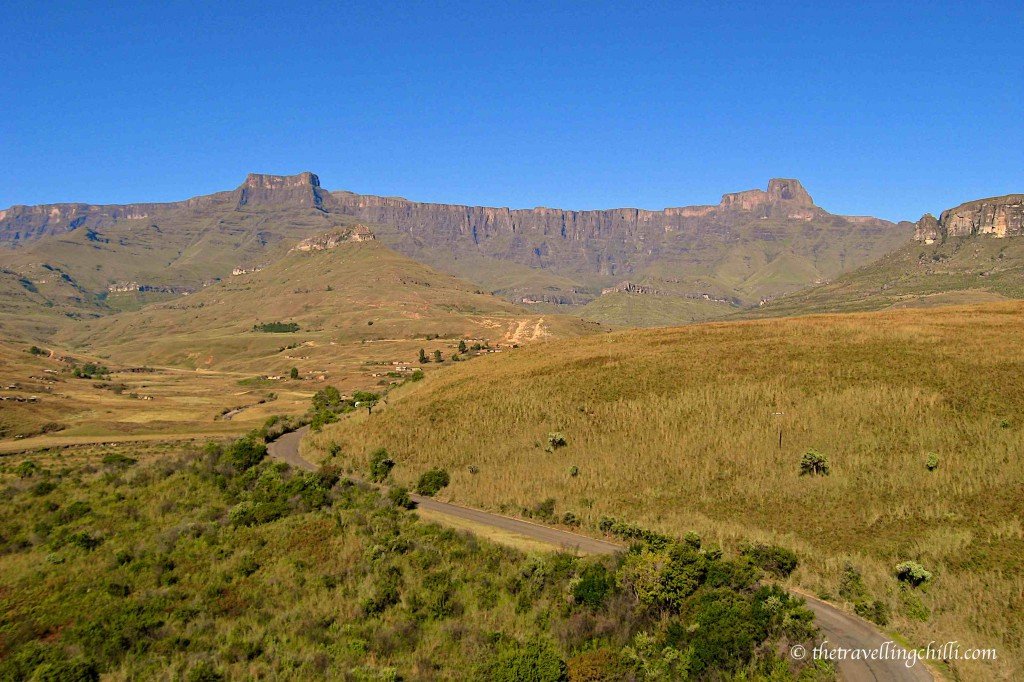 This is one of the more interesting facts about South Africa for tourists. Where in the world can you share a warm and sunny beach with a colony of penguins? Indeed, in South Africa. Various breeding colonies of African penguins, also known as the Jackass penguin, can be found along the western coast of South Africa. The most famous place to visit these birds is in Boulders beach, close to Simon’s town, south of Cape Town. Apart from visiting the penguins, there are plenty of great things to do in Cape Town. Cape Town is also home to some of the most stunning beaches in South Africa. 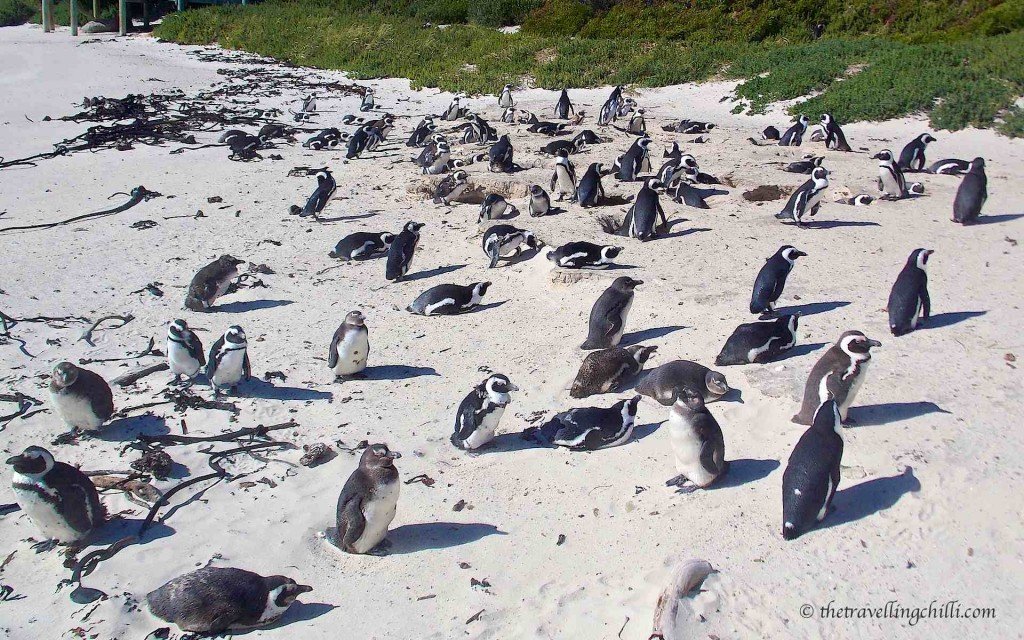 With over 6 million trees, Johannesburg is considered to have the “Largest man-made forest” in the world. Since the area of Johannesburg was originally grassland, all the trees were planted to provide wood for the growing mine industry in the 19th century. However, there are many discussions whether Johannesburg can officially claim this title, and if the trees in a city can be considered to be a forest. Urban myth or not, the city can definitely claim the title for being one of the most wooded cities in the world. 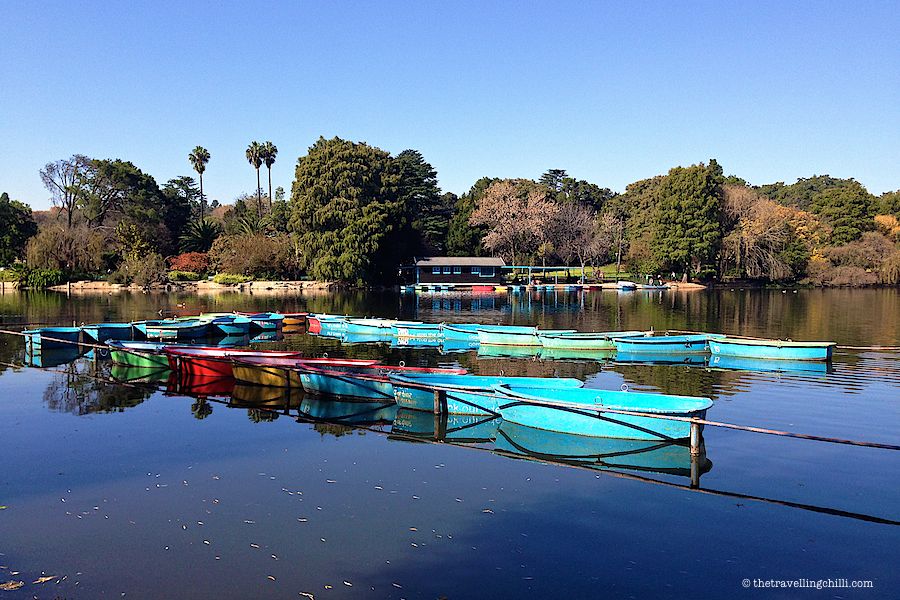 One of the most interesting things about South Africa is that the country has 11 official languages; Afrikaans, English, Zulu, Xhosa, Ndebele, Northern Sotho, Sotho, Swazi, Tsonga, Tswana and Venda. The most spoken language is Zulu, followed by Xhosa, which are also the 2 largest tribes in the country. Don’t think you have to know all of these languages to be able to communicate in South Africa. Imagine. English is considered to be the main language and is widely spoken throughout the country by most people. These languages are represented in the South African culture and also represent the diverse population of South Africa.

Something unique about South Africa is Vilakazi Street in Soweto, Johannesburg. It is the only street in the world which can claim the title of having had 2 Nobel Peace Prize winners as residents; The late ex President Nelson Mandela and Archbishop Desmond Tutu. One of the recommended things to do in Johannesburg is a visit to Soweto (South West Township) where you can have a walk in this famous street and visit the Nelson Mandela museum.

The world’s oldest and largest one day ultra-marathon is run in the province of Kwazulu Natal over a distance of 89 km between Durban and Pietermaritzburg. The Comrades Marathon started in 1921 as a commemoration of the south African soldiers killed during the first world war. The participants have 12 hours to complete the marathon, for a medal. 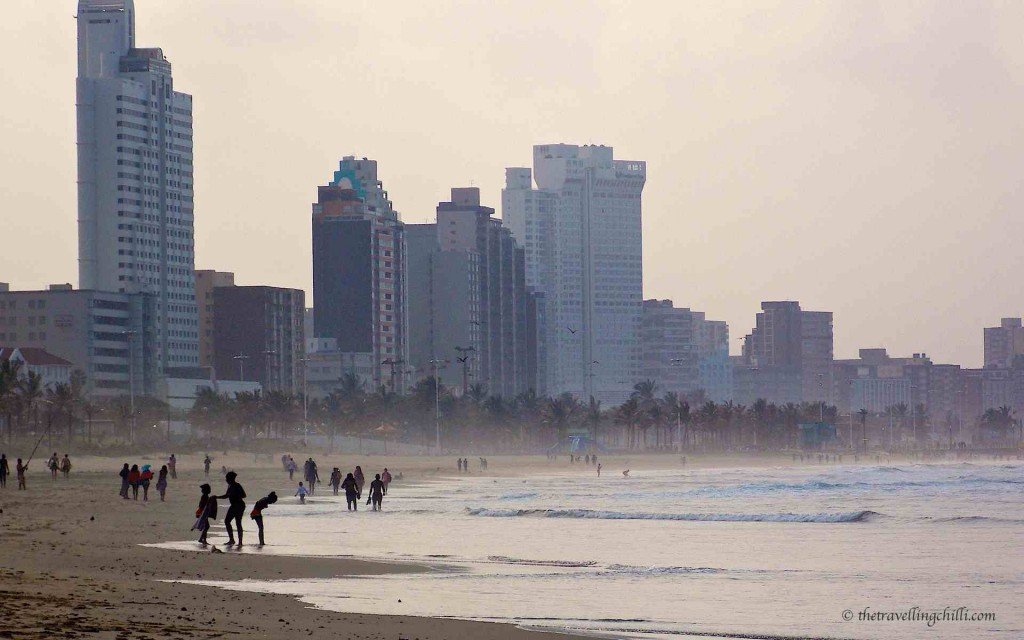 The Durban beach during late afternoon

The Blyde River Canyon is the third largest canyon in the world, but considered to be the largest “green” one. It is a real natural wonder in South Africa. The best way to visit and view the canyon is via the Panorama route on your way to the Kruger National Park. 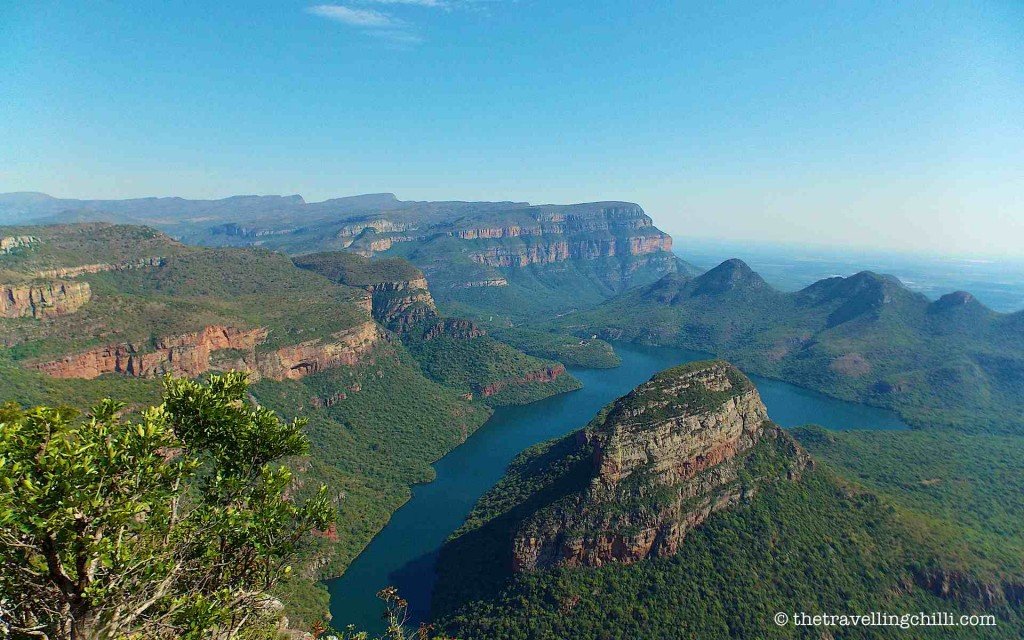 The naturally caffeine-free Rooibos tea (Redbush) has adjusted to the South African climate and only grows in the Cederberg area in the Western Cape province. Rooibos tea became very popular after dozens of scientific studies promoted the health benefits of drinking this tea. Rooibos tea also makes a great South African souvenir to bring back home. A cup of Rooibos tea

And last but not least, another fun fact about South Africa. It is possible to go skiing and snowboarding during the winter months of June, July and August. Tiffendell ski resort started in 1993 and is located in the Drakensberg mountains of the Eastern Cape province at a height of 2720 metres above sea level. It’s a small resort compared to the ones in the northern hemisphere, 2 pistes of only 500m each, but it does claim to have the highest bar in South Africa, although this is often disputed. There are only 2 other ski resorts in Africa, 1 in Lesotho and the other in Morocco.

Do you know any more fun and amazing facts about South Africa? Any more South Africa fun facts? 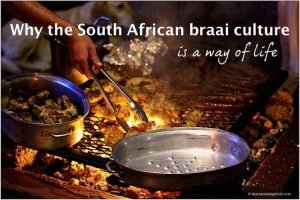 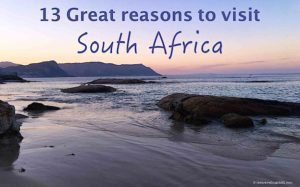 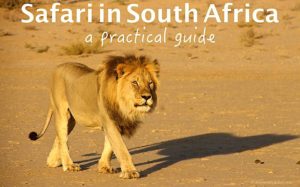 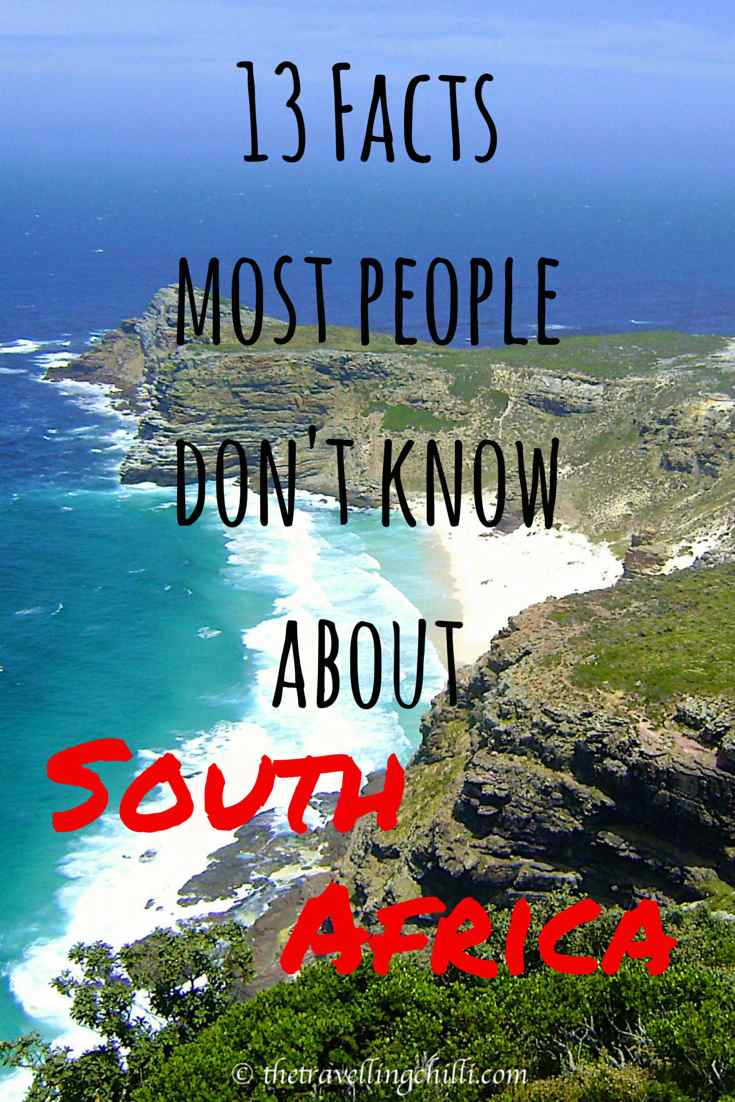 Hi there! We're Sean and Sabine. Life partners, world nomads & food lovers. It is with The Travelling Chilli that we'd love to inspire anyone to pack their bags and to go explore the world! For the record: Unless explicitly stated otherwise, we have in fact personally visited all the places written about.